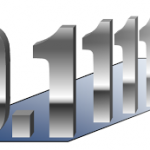 The Recurring Decimal .333′ Syndrome
7/3 = 2.33333’
Judges 2: 11-23
Israel’s Unfaithfulness
11 Then the children of Israel did evil in the sight of the LORD, and served the Baals;12 and they forsook the LORD God of their fathers, who had brought them out of the land of Egypt; and they followed other gods from among the gods of the people who were all around them, and they bowed down to them; and they provoked the LORD to anger.13 They forsook the LORD and served Baal and the

Ashtoreth’s.[c] 14 And the anger of the LORD was hot against Israel. So He delivered them into the hands of plunderers who despoiled them; and He sold them into the hands of their enemies all around, so that they could no longer stand before their enemies. 15 Wherever they went out, the hand of the LORD was against them for calamity, as the LORD had said, and as the LORD had sworn to them. And they were greatly distressed.
16 Nevertheless, the LORD raised up judges who delivered them out of the hand of those who plundered them. 17 Yet they would not listen to their judges, but they played the harlot with other gods, and bowed down to them. They turned quickly from the way in which their fathers walked, in obeying the commandments of the LORD; they did not do so. 18 And when the LORD raised up judges for them, the LORD was with the judge and delivered them out of the hand of their enemies all the days of the judge; for the LORD was moved to pity by their groaning because of those who oppressed them and harassed them. 19 And it came to pass, when the judge was dead, that they reverted and behaved more corruptly than their fathers, by following other gods, to serve them and bow down to them. They did not cease from their own doings nor from their stubborn way.
20 Then the anger of the LORD was hot against Israel; and He said, “Because this nation has transgressed My covenant which I commanded their fathers, and has not heeded My voice, 21 I also will no longer drive out before them any of the nations which Joshua left when he died, 22 so that through them I may test Israel, whether they will keep the ways of the LORD, to walk in them as their fathers kept them, or not.” 23 Therefore the LORD left those nations, without driving them out immediately; nor did He deliver them into the hand of Joshua.

The Book of Judges records the Cycle of Sin in the lives of the people of Israel.
Introduction
I pose this question to us today.
How is it that Christians get drawn back into the cycle of sin and defeat just when things seemed to be going so well, their lives become a recurring decimal?
I hope that this sermon will allow us to reflect upon our lives and consider our attitudes and behaviours which hinder us from living a victorious life in Christ Jesus.
Sin never takes us by surprise but is the product of wrong thinking and actions, sometimes even years before. So getting to the heart of the matter is the key because if we can get that groundwork right, then the benefits and fruits will follow.
The Cycle of Sin in the book of Judges presents us with a sad and unsettled period in Israel’s history. Judges shows the failure of Israel to conquer their enemies, claim their inheritance, and the huge effect that this had on their life and relationship with God. Throughout the entire book, we see a repeated cycle, one that we will call ‘The recurring Decimal Syndrome of Sin’. No matter how much God spoke they kept going back to their old nature (Adam nature one of sin) and so it is with some Christians today they just keep on reverting to bad habits and disgraceful behaviour.

Judges 2:18-19‘Whenever the LORD raised up a judge for them, he was with the judge and saved them out of the hands of their enemies as long as the judge lived; for the LORD had empathy on them as they groaned under those who oppressed and afflicted them. But when the judge died, the people returned to ways even more corrupt than those of their fathers, following other gods and serving and worshiping them. They refused to give up their evil practices and stubborn ways.’
The Lord would give Israel deliverance and Rest and after a certain time they would return to old habits.

‘Then the sons of Israel again did evil in the sight of the LORD…’
In other words there was a repeated cycle throughout the entire book – a cycle of sin, bondage, repentance, devotion, followed by sin and bondage again. Israel would follow the Lord when there was a leader who reminded them of the ways in which they should walk, but with his death they again departed following other gods and their own desires. God would then allow an enemy of Israel to conquer the people so that, through desolation, regrettably they would again look to Him. Now it would be great, if this was only a record of history – a record that no longer applies to God’s people today. On the other hand church history over the last two thousand years we see the same cycle repeating itself.
Therefore story of the church is only the story of the result of individual Christian lives, which had been in the same recurring decimal syndrome. The cycle of sin is unfortunately evident in many Christian lives today.
Maybe it is an enemy, or one particular area of weakness that consistently drags you down into bondage. Maybe compromise has allowed the temptation of the enemy to have far too great an influence in your life, leading to worldliness and the deception of sin. You believe you have got on top of it until suddenly, the same failure rears it’s ugly head again and you’re back to square one!

Conclusion
I think we can all relate to parts of this, so we should all be able to learn from this as well. Judges is a book that teaches us both how they became captive to the enemy, and also how they got out of that bondage. And in doing so, it then teaches us how to break the cycle of sin. Looking over your past as a Christian:
• Have you seen this pattern in your own life?
• Has your Christian walk been a cycle of victory and defeat?
• Do you see the cycle occurring in your life?
If we are honest, the message of Judges is a wake up call for each of us. It is a warning of what can happen once we become comfortable and begin to compromise with the enemy. It is an indication, and a danger signal of the perils that can lie ahead in our Christian lives.
Obviously God doesn’t rise up judges today to rescue us like He did for Israel so many years ago. Hence God does still use Christian friends, leaders and speakers to draw us back to Him.
Judges isn’t just a negative book, and nor is this message just going to be a look at the temptations and reasons why we fall. It is for us to identify and break the cycle of sin – The message of Judges is positive!
While there is a regular cycle that filters through the entire book of Judges, we should not fail to see that there were long periods of time, while the judges ruled that Israel did serve the Lord and did have victory over their enemies. Therefore the recurring decimal syndrome can be stopped and I believe that the Holy Spirit has placed within the different judges, pictures and lessons to learn for our own Christian walk. Each judge seems to teach us a slightly different lesson in overcoming the enemy. We can also learn from the enemies themselves for they also have meaning for our Christian walk and the difficulties we face. Through Christ Jesus the Holy Spirit would help us to be over-comers and live victoriously.Romans13:14states:-

Put on Christ
11 And do this, knowing the time, that now it is high time to awake out of sleep; for now our salvation is nearer than when we first believed. 12 The night is far spent, the day is at hand. Therefore let us cast off the works of darkness, and let us put on the armour of light. 13 Let us walk properly, as in the day, not in revelry and drunkenness, not in lewdness and lust, not in strife and envy. 14 But put on the Lord Jesus Christ, and make no provision for the flesh, to fulfil its lusts.